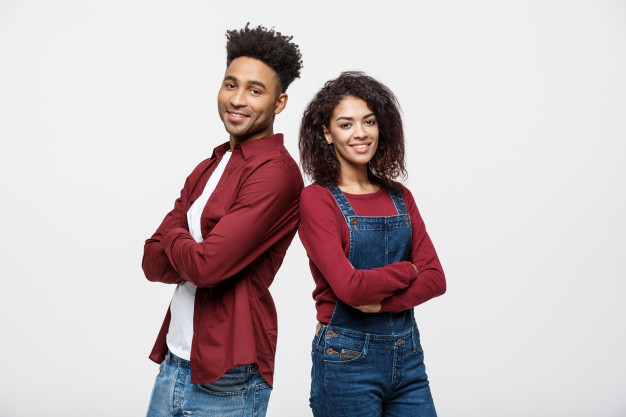 Women and men are different from each other and this is a difficult fact to contradict. However, research shows that these differences are greater than you can imagine. Researchers at the University of Cambridge have shown that there are very surprising differences between men and women, far beyond the obvious ones.

Need an example? Women tend to have colder hands than men and men have larger noses :)) Let’s find out why it happens and what are the other notable differences between the two sexes.

Women and men: the physical and psychological differences between the two sexes:

At some point in the study, the volunteers were asked to dip their hands in the icy water. Scientists wanted to understand how long their hands would take to warm up again. It turned out that men coped better with the task and recovered heat much faster. It appears that this is related to the composition of their muscles and fat.

Women tend to freeze faster as their bodies contain more fat and less muscle. And as you probably know, muscles generate more heat and help you keep your body temperature constant.

You’re probably curious why men’s noses are about 10% larger than women’s. It would seem that men need more oxygen than women to “function” properly. This was the result of research conducted by Nathan Holton of the University of Iowa. To be more precise, muscle mass, which is more abundant and tends to develop rapidly in men’s bodies, requires more oxygen.

The difference in the size of the nose is already visible in adolescence and coincides with the changes in the body composition of men and women.

3 / Women have a more developed sense of smell

Although women have smaller noses, they can enjoy a better sense of smell! It turns out that they have about 40% more cells that are responsible for identifying different odors, as demonstrated by researchers from the University of Rio de Janeiro. The research seems to be quite logical as the sense of smell helps women find the perfect partner who will be a good father for their children.

As the same research reveals, women also have a better sense of hearing. They are more sensitive to the sounds around them.

It has been shown that men are able to detect even the slightest movements. This quality must have been very useful for them when hunting. But perhaps not nowadays, as it can be a further distraction that will not allow them to focus on what they are doing.

6 / Men and women have a different skin tone

In the case of women, their skin tends to have a slight greenish tinge while men tend to have a red tinge. People are able to unconsciously detect this slight difference which allows them to identify gender. Men’s skin is 25% thicker and thus more resistant.

Unfortunately, the fact that women’s skin is thinner can cause more damage when exposed to UV light and even more signs of hyperpigmentation and wrinkles. In addition, women tend to have a clearer complexion as it contains less melanin. Women’s skin becomes a little darker during pregnancy. Due to male hormones, men have a higher amount of melanin and therefore also a darker complexion.

7 / Men are prone to baldness

Men are more prone to become bald even if they have more hair on their bodies. Why is this happening? Testosterone stimulates hair follicles but when a man ages, the same hormones also cause the hair follicles to disappear.

The reason it happens is due to the lower amount of collagen and the fact that their skin has more difficulty hydrating properly. The aging process, although it starts fairly quickly, then continues at a steady and slow pace, so women have a chance to get used to these painful changes.

Furthermore, although wrinkles appear first in women, these appear to be more superficial than those that appear on men’s skin since their skin is less thick. Whatever the differences, a condition is the same for both: unfortunately, neither women nor men are able to stop the aging process.

Now let’s talk about the differences in the skeletal system. Basically, women have thinner and narrower bones. This is mainly related to the fact that they become pregnant. Their skeletal system must be adapted to carry a baby in their womb and for rapid weight gain. The differences between the sexes can be visible already during the childhood period.

10 / Men have a more abstract thought

If we talk about differences between men and women, from a psychological point of view, men have more abstract thought, a “reason-effect” perspective, while women tend to be more emotional and focus more on the details of the particular situation than on the real result. Maybe Freud would make it more clear on the matter for us here.

You can fight to get the partitions of the sexes, yet you can’t fool nature. Like many types of research reveal, the differences between men and women can be visible in many fields. It is related to their biological nature and the roles they are involved in.