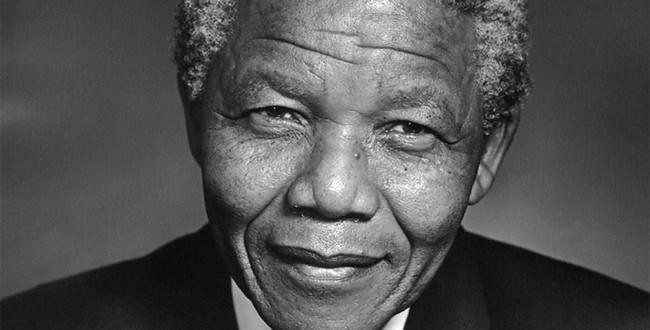 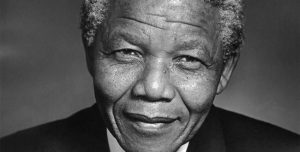 Nelson Mandela has left a legacy of inspiration with his fight for equality, the best phrases of Mandela show the strength of a battle that does not end, to ensure that human rights and freedom are finally for everyone equally.

Nelson Rolihlahla Mandela was born on July 18, 1918, in South Africa; He is one of the historical figures in the world, famous for being the first black president elected by universal suffrage.

Mandela will always be remembered for being a peaceful fighter, the forerunner of social equality, and a role model for many people in the world.

Besides, he will be remembered for his famous phrases, among which the 30 most famous phrases in relation to peace, which we will leave next. Keep reading!

One of the men who has left chiseled reflections and thoughts in his deep phrases is Nelson Mandela, who up till today, is an inspiration to many people around the world, his words still remember the importance of equality, the strength of each individual and the precious freedom that each of us deserves.

The greatest glory in living lies not in never falling, but in rising every time we fall.

There will always be stumbles in our path, but the satisfaction of getting up after stumbling and following your path has no comparison.

Unlike some politicians, I can admit to a mistake.

Nelson Mandela was considered, to be honest, and that honesty is the key to progress in life.

Many people in this country have paid the price before me and many will pay the price after me.

He meant that everyone, regardless of the class they were in and more being a politician, had to pay and will have to pay the price (take some action) to reasonably execute his project.

The freedom of people is what it will always take to have a peaceful world.

There are many people who feel that it is useless and futile for us to continue talking peace and non-violence against a government whose reply is only savage attacks on an unarmed and defenceless people.

Nelson, a forerunner of nonviolence and peace, maintained his hopes for political change, he was effective, after years of fighting, no matter how many people did not believe in him.

Education is the most powerful weapon which you can use to change the world.

An educated person can change the world, he knew this very well, and it is one of the best and most remembered phrases of Nelson Mandela.

Despite the existing contradictions, he knew his adversaries and persuaded them to the point that they became his companions.

True leaders must be willing to sacrifice everything for the freedom of their people.

A leader is a charismatic person who has a plan in the hands, that leader must be willing to make the necessary sacrifices until he sees that the people have what they deserve.

The brave man is not he who does not feel afraid, but he who conquers that fear.

A person with such courage, despite being afraid knows how to deal and handle his fear without any problem.

Overcoming poverty is not a gesture of charity.  It is an act of justice.  It is the protection of a fundamental human right, the right to dignity and a decent life.  While poverty persists, there is no true freedom.

Nelson found a vast social inequality in his time; this moved him to the point of fighting for poverty and improvements in sectors.

Peace is not just the absence of conflict; peace is the creation of an environment where all can flourish, regardless of race, colour, creed, religion, gender, class, caste, or any other social markers of difference.

He knew very well that peace is not to be calm with your surroundings; it entails overcoming obstacles until you reach immense prosperity.

It is easy to break down and destroy. The heroes are those who make peace and build.

In every war, with all available weapons, hurting was the easiest; Nelson said that a true hero was that person who generated prosperity from the rubble.

We must use timwisely and forever realize that the time is always ripe to do right.

Time is a fundamental ally, although it can also be considered an enemy. Using time wisely would generate personal wealth.

No one is born hating another person because of the color of his skin, or his background, or his religion. People must learn to hate, and if they can learn to hate, they can be taught to love, for love comes more naturally to the human heart than its opposite.

During the years when Nelson was fighting, there was modern racism; this would help Nelson teach that we are all equal, expressing love and tolerance.

After climbing a great hill, one only finds that there are many more hills to climb.

Every path in life has difficulties, and we must realize that all people have greater difficulty than ours.

There was no particular day on which I said, Henceforth I will devote myself to the liberation of my people; instead, I simply found myself doing so, and could not do otherwise.

Mandela never thought about liberating his nation; from early on, all his actions were based on that.

Part of building a new nation means building a spirit of tolerance, love & respect amongst the people of this country.

Being a preacher of peace and pacifism, Nelson Mandela also preached the love and tolerance of people; these are qualities of a wonderful person.

Every violent act is intolerant of the good changes that can occur in the world.

Nothing is “black and white.“

Social equality has taught in the world values that were not considered before.

Great peacemakers are all people of integrity, of honesty, but humility.

Mandela knew his pacifist ancestors, they were good people, and they generated good in the community.

Courageous people do not fear forgiving, for the sake of peace.

Every person who is born brave of his actions and the ones he wants to generate knows that he has nothing to lose in forgiving his adversaries who harm since his only purpose is to achieve peace, not to be right.

It is not the kings and generals that make history, but the masses of the people.

A person who will hold a prominent position will not be historical; the real story is exposed in the masses of people that are responsible for generating change. A great phrase by Nelson Mandela about the importance of being oneself and getting a change to be remembered in history.

A winner is a dreamer who never gives up.

If you have dreams and want to fulfill it, you should never give up no matter what happens; there, you will realize that regardless of the result, you will be considered a real winner.

One of the most difficult things is not to change society – but to change yourself.

Mandela knew that personal changes were the most difficult, a society could be changed from its foundations, but it was difficult to change a particular person.

andela knew that personal changes were the most difficult, a society could be changed from its foundations, but it was difficult to change a particular person. With this specific phrase, Nelson Mandela referred to his non-violent struggles were always allowed until those conditions improved, and he had to take another course to generate the necessary peace.

I was called a terrorist yesterday, … but, today, I am admired by the very people who said I was one.

He refers to what was generated in his armed attack, but then the people who criticized him saw that it was the only possible measure to generate change.

Money won’t create success, the freedom to make it will.

The freedom of people will create key opportunities to be successful in life.

One cannot be prepared for something while secretly believing it will not happen.

You must faithfully believe that everything you want to do will become possible, keep a negative thought, create a breaking point.

He realized that changing the people who generate chaos in his town was fundamentally satisfying to create peace.

The best weapon is to sit down and talk.

In every peaceful dialogue, you can find ways out of crises. The phrases of Nelson Mandela are an example to follow.