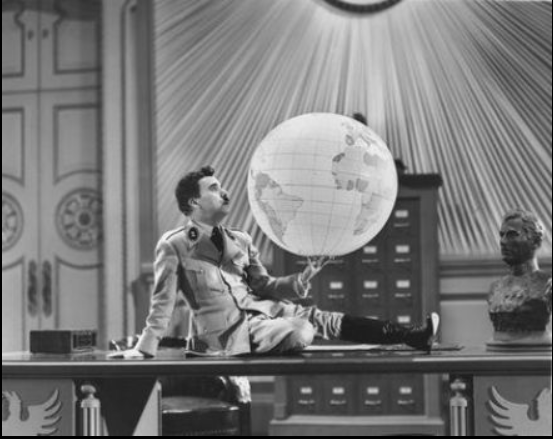 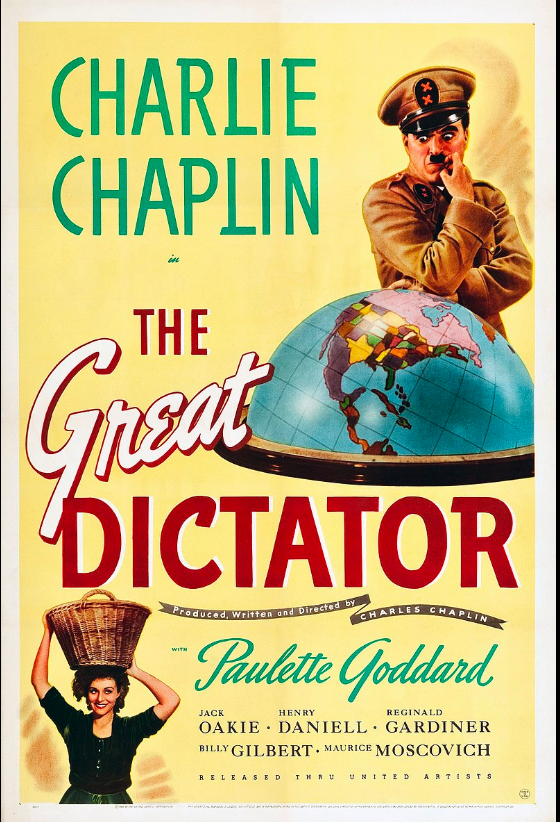 “I’m sorry, but I don’t want to be an emperor
That’s not my business
I don’t want to rule or conquer anyone
I should like to help everyone if possible
Jew, Gentile, Black Man, White
We all want to help one another, human beings are like that
We want to live by each other’s happiness, not by each other’s misery
We don’t want to hate and despise one another
And this world has room for everyone, and the good Earth is rich and can provide for everyone
The way of life can be free and beautiful, but we have lost the way
Greed has poisoned men’s souls, has barricaded the world with hate, has goose-stepped us into misery and bloodshed
We have developed speed, but we have shut ourselves in
Machinery that gives us abundance has left us in want
Our knowledge has made us cynical
Our cleverness, hard and unkind
We think too much, and feel too little
More than machinery, we need humanity
More than cleverness, we need kindness and gentleness
Without these qualities, life will be violent, and all will be lost
The airplane and the radio have brought us closer together
The very nature of these inventions cries out for the goodness in men – cries out for universal brotherhood – for the unity of us all
Even now my voice is reaching millions throughout the world – millions of despairing men, women, and little children – victims of a system that makes men torture and imprison innocent people
To those who can hear me, I say – do not despair
The misery that is now upon us is but the passing of greed – the bitterness of men who fear the way of human progress
The hate of men will pass, and dictators die, and the power they took from the people will return to the people
And so long as men die, liberty will never perish
Soldiers!
Don’t give yourselves to brutes – men who despise you – enslave you – who regiment your lives – tell you what to do – what to think and what to feel!
Who drill you – diet you – treat you like cattle, use you as cannon fodder
Don’t give yourselves to these unnatural men – machine men with machine minds and machine hearts!
You are not machines!
You are not cattle!
You are men!
You have the love of humanity in your hearts!
You don’t hate!
Only the unloved hate – the unloved and the unnatural!
Soldiers!
Don’t fight for slavery!
Fight for liberty!
In the 17th Chapter of St Luke, it is written: “the Kingdom of God is within man” – not one man nor a group of men, but in all men!
In you!
You, the people have the power – the power to create machines
The power to create happiness!
You, the people, have the power to make this life free and beautiful, to make this life a wonderful adventure
Then – in the name of democracy – let us use that power – let us all unite
Let us fight for a new world – a decent world that will give men a chance to work – that will give youth a future and old age a security
By the promise of these things, brutes have risen to power
But they lie!
They do not fulfill that promise
They never will!
Dictators free themselves but they enslave the people!
Now let us fight to fulfill that promise!
Let us fight to free the world – to do away with national barriers – to do away with greed, with hate and intolerance
Let us fight for a world of reason, a world where science and progress will lead to all men’s happiness
Soldiers!
In the name of democracy, let us all unite!”

What we should know… 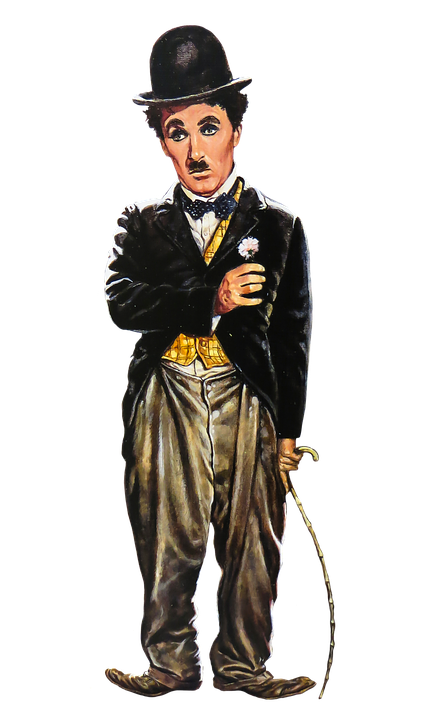 The highlight of the film comes at its end. Instead of him addressing the crowd as everyone expects, Charlie makes a powerful and obstinate appeal for democracy, tolerance and common sense. It’s an extraordinary speech, one of the strongest propaganda messages of all time.

The last gag of the film is the one in which, for the first time, Chaplin speaks. It is he who makes the indictment. Formalists and aesthetes reproached him for this choice, for them the plot of the work is more important than the appeal of a human being. But Chaplin thinks otherwise. Film after film, he has matured the urgency of social protest.

The appeal to men does not treat Nazism as an accident in the course of history but as the result of a choice that is both political and ethical. Nazism, as Chaplin seems to tell us, is not to be fought with a different political program, democracy, or communism, but only by shouting out one’s own indignation and illusion.
It is easy today to accuse of naivety the appeal to men who closes the film: easy from the right, to avoid more or less revisionist co-responsibility and guilt,  and easy from the left, as if to say a more solid system politics, for example, Marxist, would have been more successful on history.
Where did Chaplin get his inspiration?

During the 1930s, a long journey into the heart of Europe towards the Second World War allowed Chaplin to further broaden the horizons of his reflections. Probably, of all the personalities he had the opportunity to meet, the one that had the greatest impact on his thought because, perhaps, the most similar already at the start, was Albert Einstein himself.
In March 1931, during his Berlin visit, Chaplin was invited to have tea in the house in the south-west of the city where Einstein regularly received scientists, activists, writers, philosophers, journalists and artists, with whom he discussed quantum theory, war, racism, religion, politics and Zionism. From what can be deduced from reading his travel diaries, the meeting offered Chaplin an opportunity to show off his newborn interest in political and economic matters, to present his point of view on complex issues such as the effect of the introduction machines on labor demand, the capitalist system, the price of money and the gold standard.
But in fact, there is no doubt that the real ground for sharing between Chaplin and Einstein was that of a profound humanism in its most modern sense, trust in scientific reason and the values of a free individual and collective condition. The final appeal of the Dictator echoes the writings, public letters and speeches delivered by Einstein during the first half of the 1930s: his exhortation to man to regain possession of his own destinies and to hinder in any way the enslavement of progress to nationalism destructive.
So what is Chaplin’s special gift? 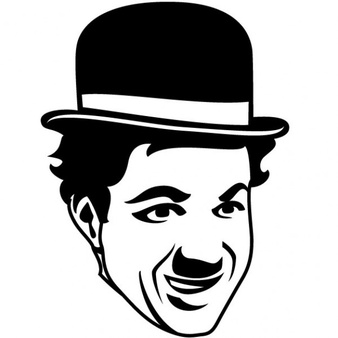 It is the ability to represent the deepest essence of the common man, to place an unshakable trust in ethics, in the morality that resides in the hearts of ordinary people. We live in an era where democracy is gradually disappearing, the world is being put in check by “supermen”. The concept of freedom is explained to us from scratch and the “pacifists” find arguments to justify the rounding up of the Jews.
What Chaplin meant

“To conclude the ending, it seemed to be the most logical end of this story. Someone wrote that it is in contrast with the barber’s character. And thereby? What’s wrong with having decided to end my comedy on a note that honestly and realistically reflects the situation in which we live by appealing to a better world?… But there is no promised land for the oppressed of the whole world. There is no place beyond the horizon where they can take refuge. They must try to stand up, like us”. (Charlie Chaplin, 1940)
[easy-subscribe design=”design8″]
Do NOT follow this link or you will be banned from the site!