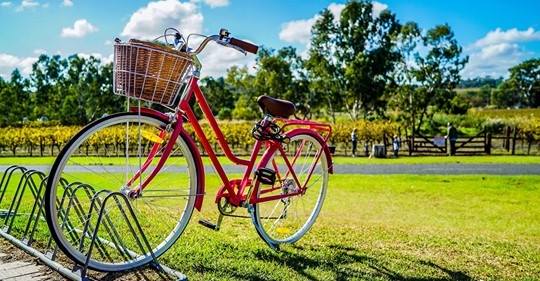 Bicycles are increasingly crucial in the field of urban mobility. They are a clean, comfortable, and fast transport system. And also a demanding but fun way to play sports. The bike has qualities and importance to spare for its international celebration, that is, an International Day. That anniversary, before 2018, was every April 19. However, last year the UN decided that the International Day of the Bicycle will be celebrated on June 3. Why? For the reason why April 19 was chosen was not the most appropriate.

International Bicycle Day began on April 19, following the mystical experience of Albert Hofmann, the Swiss chemist who was the first to synthesize, ingest, and experiment with the effects of LSD. It was 1943 land Hofmann was experimenting with this substance from his laboratory and decided to take a small amount. At first, he did not notice anything, but on his way home – by bicycle – the chemist began to experience the effects of lysergic acid.

This playful cycling trip by Albert Hofmann is only part of the reason why International Bicycle Day started on April 19. A professor at the University of Northern Illinois who, in 1985, celebrated a bicycle day with his students, commemorating the spirit trip of the Hofmann. With time and with the help of the Internet, the day became international.

Until last year, the UN did not intervene in the celebration of International Bicycle Day. It did so at the 82nd plenary session of the General Assembly on April 12, 2018, when it was established as World Bicycle Day on June 3. The UN explains that the bicycle is an excellent sustainable, affordable, and ecological means of transport that contributes to the environment and that the bike can serve as an instrument for development not only as a means of transportation but also by facilitating access to education, health care, and sports. Also, the relationship between the bicycle and the owner encourages creativity and social participation.

What are international days for?

The UN explains that the declaration of these days serve to sensitize, raise awareness, draw attention, point out that there is an unresolved problem, an essential and pending issue in societies so that, through this awareness, governments and states act and take measures or so that citizens demand it of their representatives. Also, The General Assembly in its resolutions also usually makes a description of the situation that moves it to proclaim International Day on a specific date, as happens in the one it approved in 1966 to declare March 21 as International Day for the Elimination of Discrimination. Racial: “… racial discrimination and apartheid, wherever they are practised, constitute a serious impediment to economic and social development, and are an obstacle to international cooperation for peace.” Related