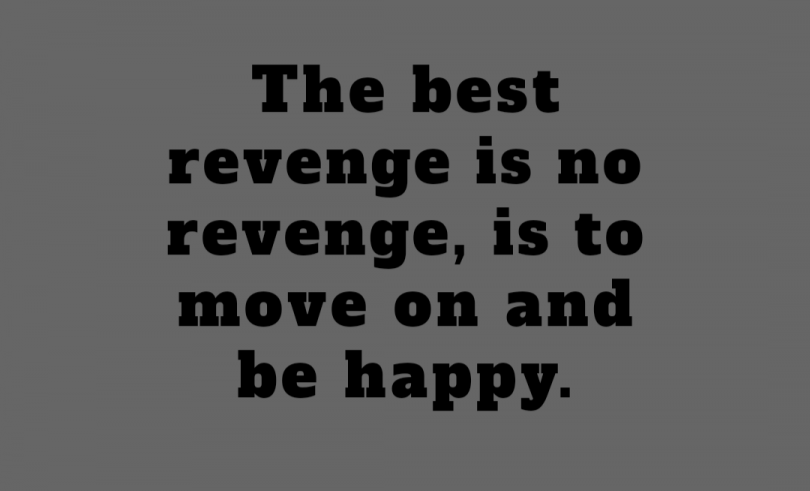 Don’t lock yourself in revenge plans. You don’t have to take revenge or waste your energy because bad people destroy themselves. 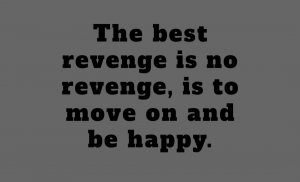 Leave all those unnecessary ideas, negative thoughts that lead to nothing, forget those people who hurt you, and go on with your life. Relax and live in peace of mind… karma will come to them.

The best revenge is that which is not carried out. The best retaliation is to smile at hate, quell anger, and show the other that we can be happy.

Because there is no better strategy to revenge than to act calmly and wisely moving forward, with a firm gaze and a rested heart knowing that there are weights that should not be carried with oneself too long. 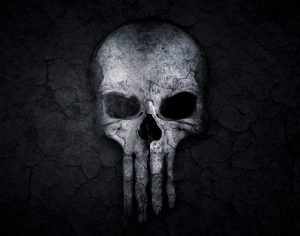 Image of Jonny Lindner from Pixabay.

Most of us, at some point in our lives, felt so aggrieved, hurt, and offended that the shadow of that bitter and ashen figure has passed through our minds, always tempting: revenge.

Our moral compasses deviate a few degrees from its north and we imagine ways, ways and situations in which that pain that grips us is returned to the person who caused it. 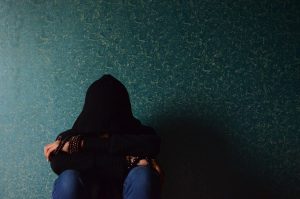 Revenge is an impulse, and it is the catharsis of rage and hate. Moreover, and only as an example, as revealed by a work carried out by Professor Ernst Fehr of the University of Zurich, more than 40% of the decisions that are carried out in the business world have the sole objective of « get revenge »on a competitor.

The same goes for criminal acts, more than half of them are committed by the accumulated grudge towards someone and by the express desire to carry out an act of revenge.

All this force us to assume that the best revenge does not exist because beyond the results we obtain with it, something more disturbing happens, something more revealing: we become aggressors and acquire the same moral quality of who caused us the original damage.

Although others mistreat you, you remain the same.

Other people can maltreat you, reward your kindness with something that is not appropriate but don’t let yourself be resentful.

Control your heart as much as possible, even if your anger is initially boiling, continue learning to forgive by controlling your ego. Just be patient, although that is not easy, make sure you never get tired to keep calm.

And besides, it makes no sense to respond to evil with the same currency, because it could be that your heart gets worse with unpleasant feelings. 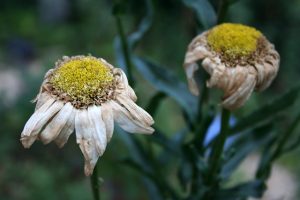 The best revenge is no revenge.

We could justify here that the best revenge is no revenge because a common and moral sense dictates it. That’s what religious tissues, spiritual and even philosophical fabrics tell us, with which we often move. However, we will see this recommendation from a purely psychological prism.

For example, have we ever wondered what’s behind people who use revenge always?

– Behind a person – who reacts to any big or small offense cruelly – there is terrible emotional management and a low capacity for self-knowledge (when someone offends me, I let go of my anger and hate).

– They are profiles that believe they have an absolute and universal truth.

They are the law and justice; they are the clear example of what every person should be.

– They also present a dichotomous thought, either you are with me or not, Things are done right or wrong.

– They usually have shallow empathy.

– Neither forgive nor forget, they live contingent upon their past and hatred.

As we see, revenge or its desire offers no benefit. This impulse or need, eats integrity and nullifies not only all good judgment, but also wholly limits the opportunity to move forward as a person to build a more optimal and, of course, happy reality.

We may be attracted to all that sort of comic book or novel style in the style of Edmón Dantés.

However, behind them, there is nothing but suffering and loneliness. Therefore, the best revenge will always be non-revenge or even more, live well, and that others see us happy, it is undoubtedly the best revenge of all.

Photo by Ana Arantes from Pexels