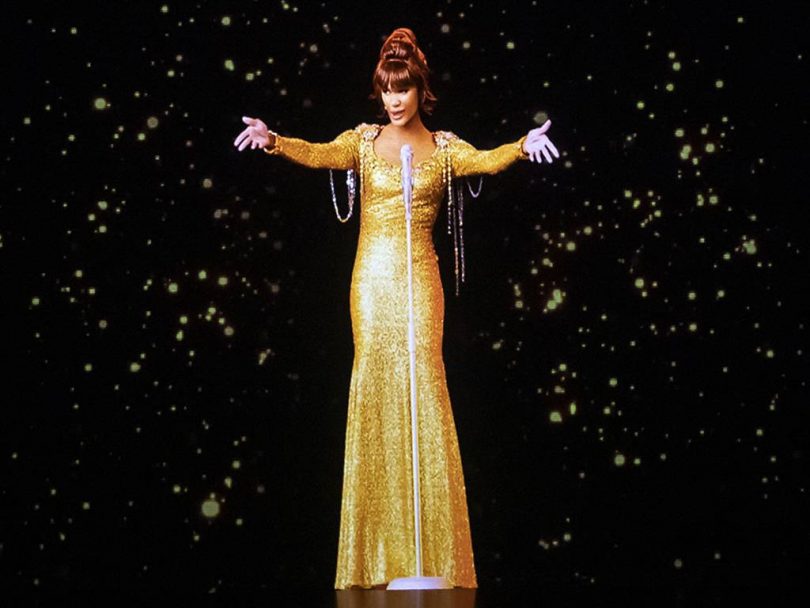 Fans criticized Whitney Houston’s hologram tour. They believe that the digital singer is implausible and even looks creepy. Reviews have appeared in the media and social networks, reports The Guardian .

The author of the publication noted that an attempt to honor the memory of the legendary singer turned into a parody. In the review, the author writes that the image has disproportionately long hands, it moves unnaturally and does not always open its mouth to the beat of the music.

Did not appreciate the idea of ​​a posthumous tour and music critic Mirror Alan Palmer. He is sure that horror films taught us that raising the dead is a bad idea, so it’s better to let Whitney rest in peace and stop preying on the exploitation of her image.

Spectators who have attended concerts write on the Internet that they are disappointed with what they saw and compare the hologram with a ghost or with a character in The Sims. Nevertheless, there are also positive reviews. Some fans are happy to remember their beloved performer and to hear her hits again, even in such an unusual version.

Recall, the laser singer was created for several years by a company that also worked on the holograms of musicians Roy Orbison and Amy Winehouse. The tour began in late February in the UK.