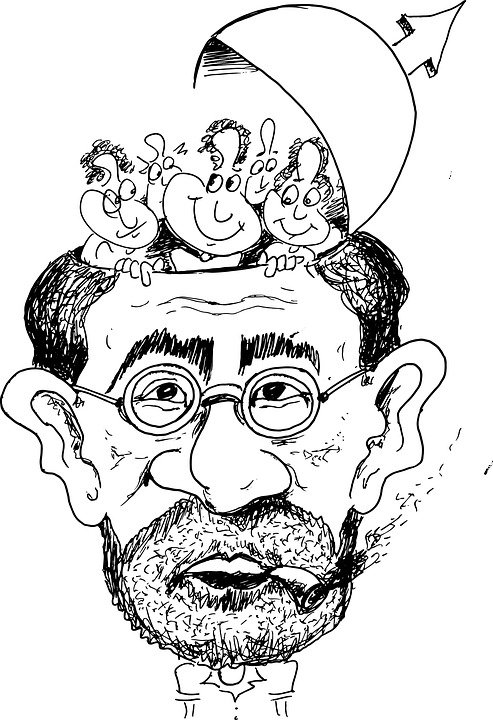 Sigmund Freud was a neurologist and founder of psychoanalysis, known to have developed the psychoanalytic theory according to which unconscious psychic processes influence thought, human behavior and interactions between individuals. Mindsetbooster will let you know 16 curiosities to get to know better Sigmund Freud, the father of psychoanalysis.

1. WHO WAS SIGMUND FREUD 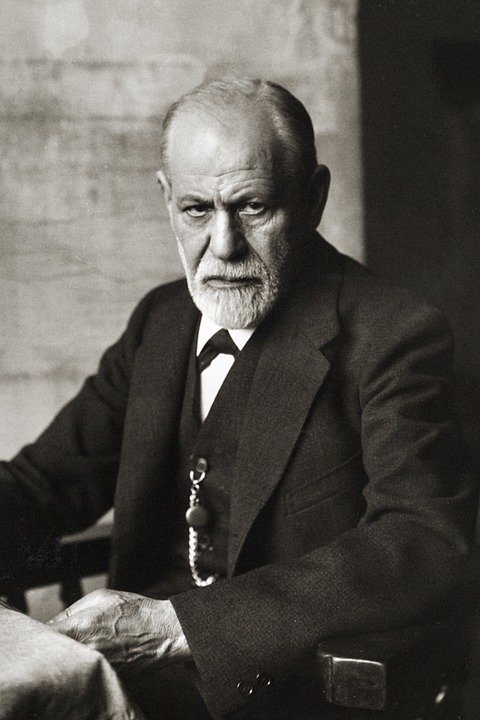 Sigismund Schlomo Freud, known as Sigmund Freud, was born on 6 May 1856 in Freiberg (Příbor), in today’s Czech Republic, at the time called Moravia. Doctor and founder of Psychoanalysis, he identified the seat of instincts and desires in the unconscious and the cause of hysteria and neurosis in unresolved conflicts.

Reversing a thousand-year-old tradition that saw in the psyche an impenetrable matter to reason, made it the point of view from which to start for the analysis of the patient. It is still studied today, but in life, his work was not particularly appreciated and his theories viewed with suspicion.

2. THE FOREIGNER OF PET-THERAPY 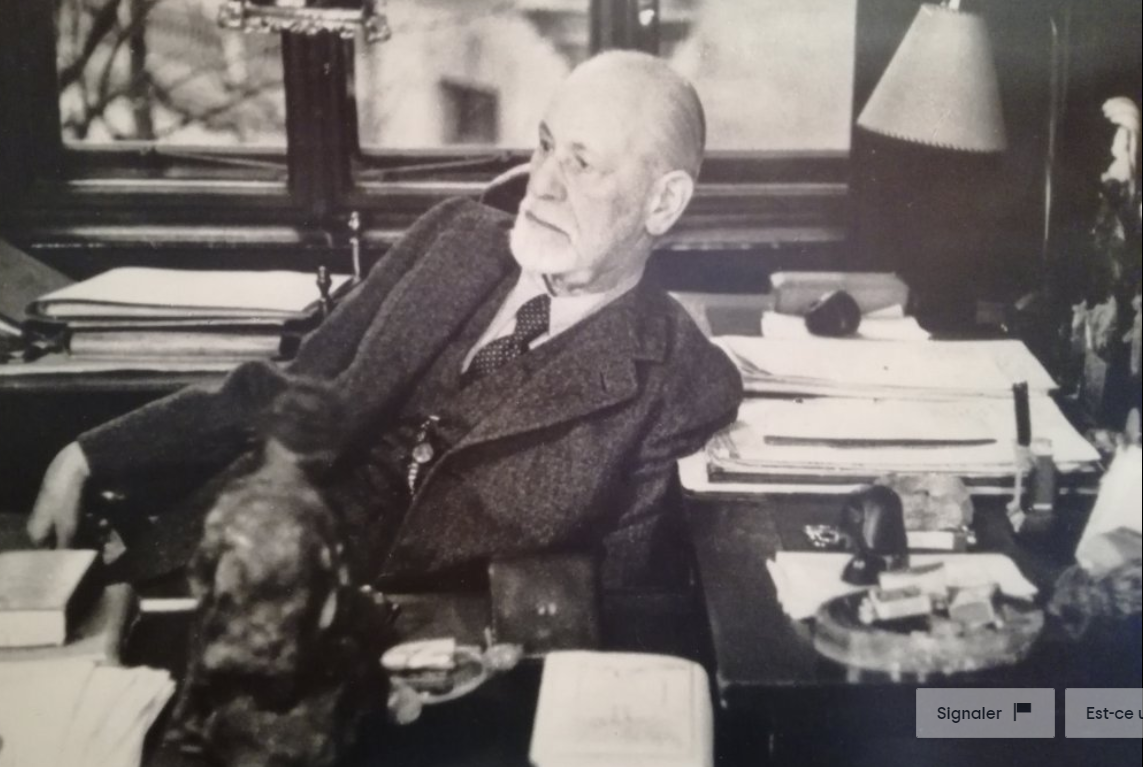 Sigmund Freud portrayed in his studio with the inseparable Jofi, his female Chow Chow. Freud considered his presence during the psychoanalysis sessions essential because it was reassuring for the patient.
Jofi was so used to following the owner’s sessions that over time she learned to calculate the time of each meeting. When he stood up, Freud knew the session was over. 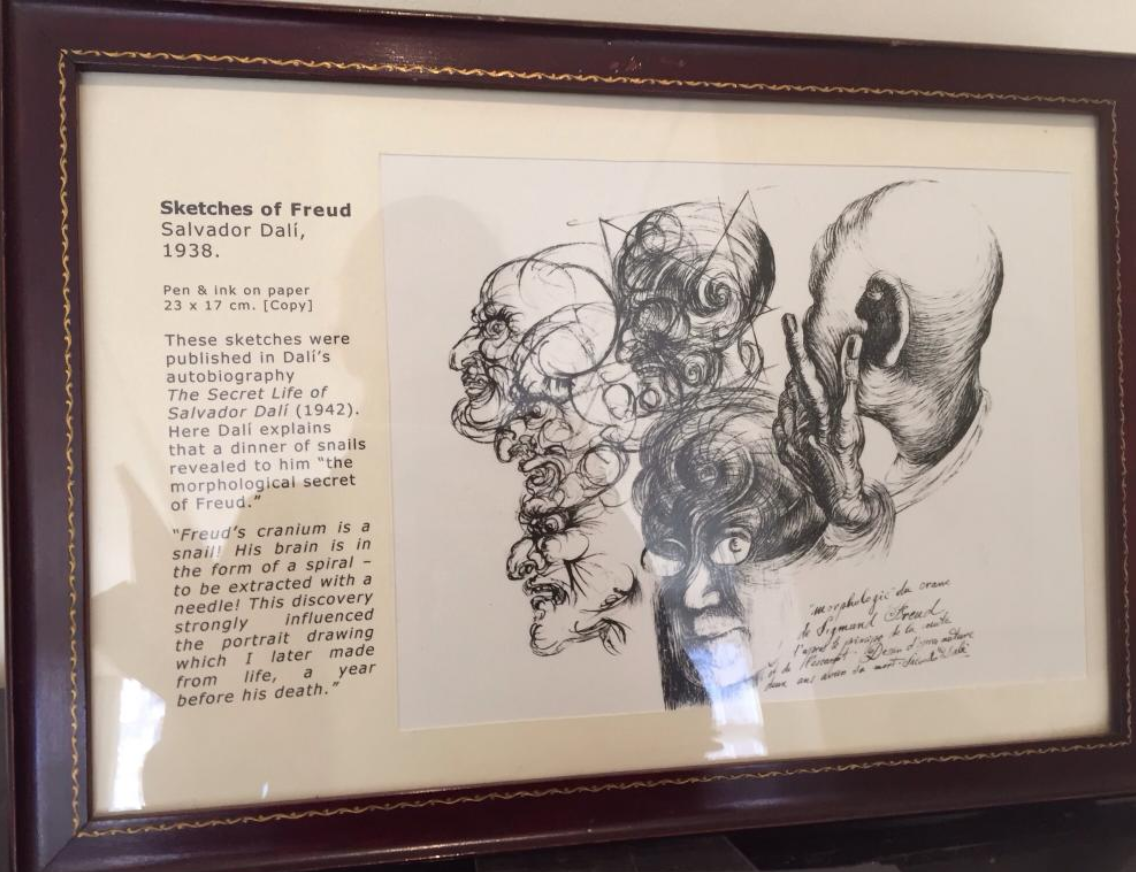 Freud was said to be obsessed with the number 62. He believed that at that age, 62, he would die (actually he lived up to 83). For this reason, he never stayed in a hotel room that had that number. He also had the phobia of ferns and was very afraid of traveling by train. 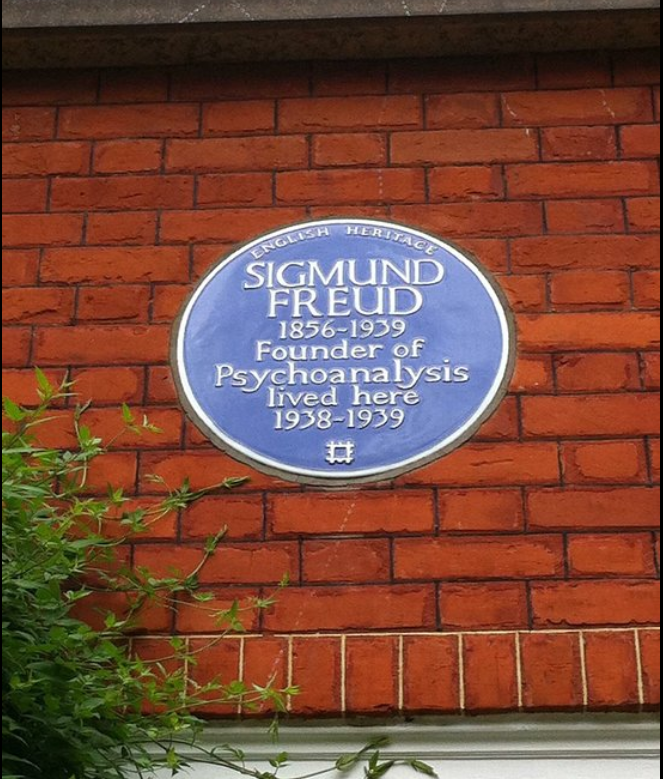 Freud’s habits were very rigid. In the morning he devoted himself to patients, had lunch every day at 13 o’clock. He loved the beef and hated chicken. After lunch, he went for a brisk walk of three kilometers, always following the same roads, in particular, the Ringstrasse (the avenue around the center of Vienna) and along the way he collected mushrooms.
In the afternoon he still dedicated himself to patients and after dinner, he played cards, with which he was very fond, with his wife or daughter. 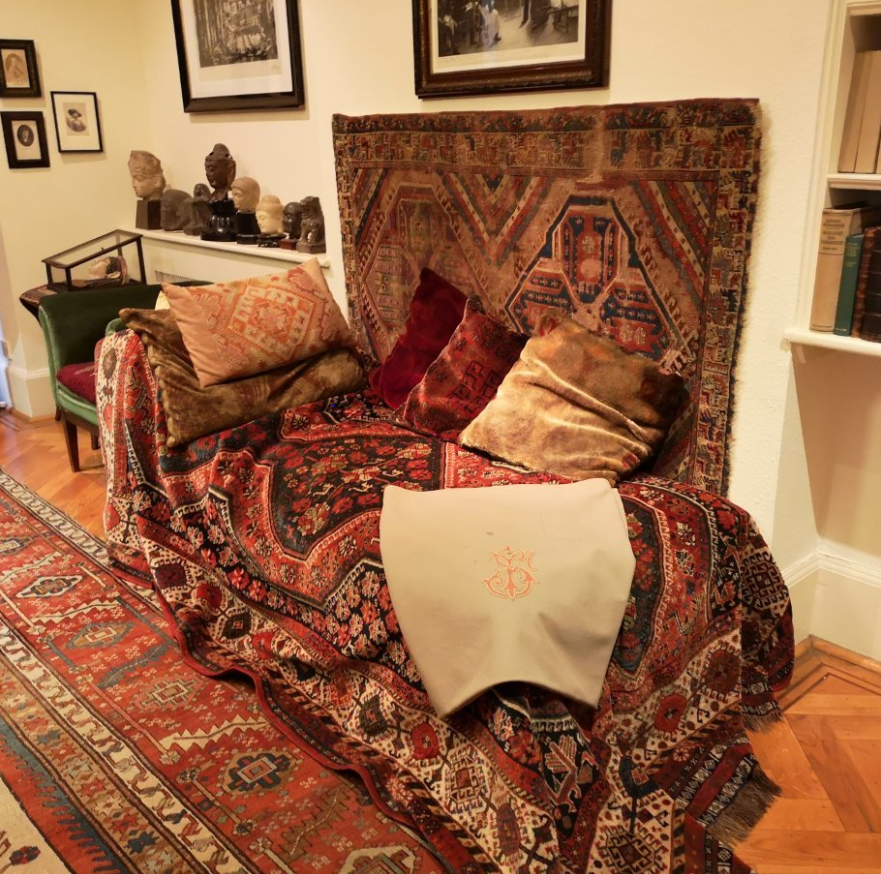 The famous sofa where he psychoanalyzed patients was a gift from a patient, Mrs. Benevenisti. The idea of making patients lie on the sofa came to him at the time when he practiced hypnosis and found it was easier to make people go into a trance if they were lying. 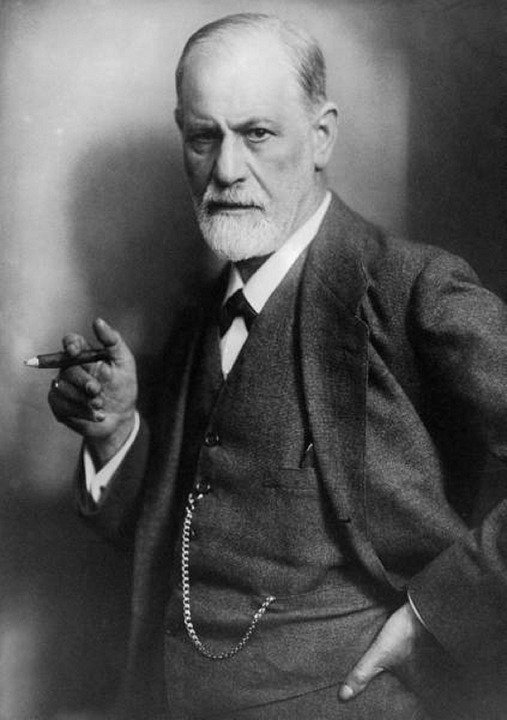 Sigmund Freud loved cigars. He also smoked 20 a day and in the clouds of smoke, he mumbled, who saw unconscious symbols in everything: “Sometimes a cigar is just a cigar.”
Due to the cigars and cigarettes, he smoked when he was young, Freud developed a severe throat tumor, which led to his death in 1939. When the pains of cancer became unbearable, he asked that he be granted assisted death. His trusted doctor injected him with morphine to help him die. 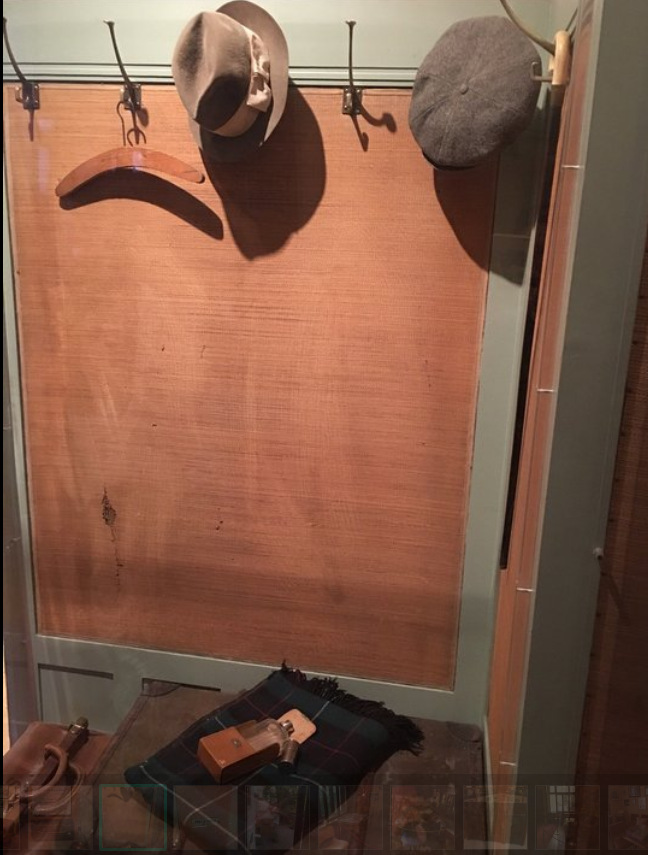 He only had three suits, three changes of undergarments and three pairs of shoes. Maybe to save money (or to be a stingy guy)? No, it seemed unnecessary to buy other clothes. Dressing always the same way is quite common among brilliant people. 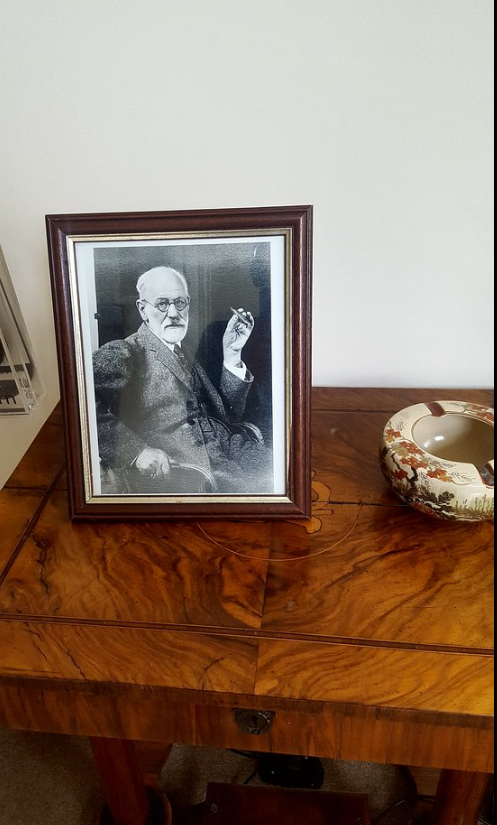 Freud suffered from repeated and terrible headache attacks. From reading his stories and other testimonies, it was deduced that he suffered from migraines that Freud himself tried to cure with cocaine. Freud discovered cocaine, then almost unknown, at the age of 28.

He started using it for anxiety treatments (and also to soothe his headaches), but became addicted to it, at least until he was 40. “I need a lot of cocaine. The torment, most of the time, is greater than human strength, “he wrote in 1895. That is a year before abandoning drugs. 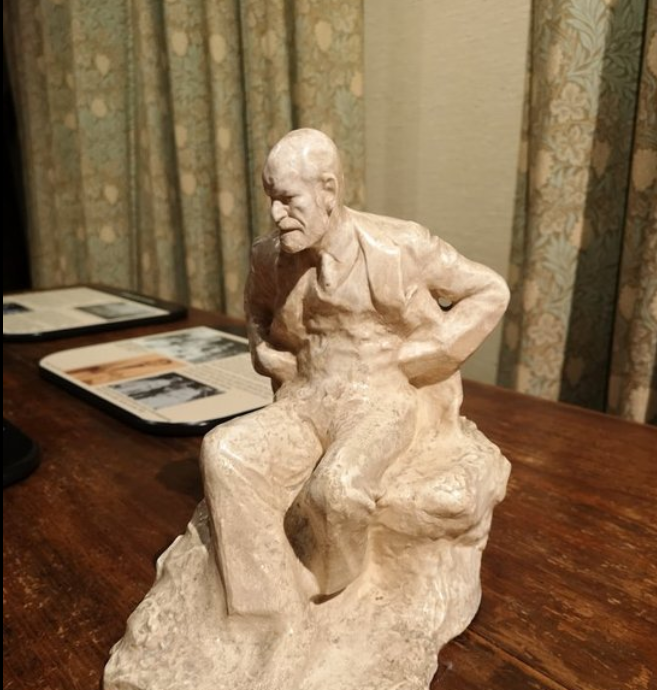 When Germany annexed Austria during World War II, the Nazis broke into her apartment after burning his books, arresting his daughter Anna. The father of psychoanalysis was Jewish, but above all the Fuhrer thugs did not like his investigation into the unconscious and the drives of the human being.

It was thanks to the intercession of another patient of his, Princess Maria Bonaparte, that Freud with his wife and daughter found exile in Paris and London. But 4 of his sisters, Rosa, Marie, Adolfine and Pauline did not make it and perished in a Nazi concentration camp.

Freud’s was not an overnight escape, in fact, according to some historians Freud managed to agree with some Nazis to safeguard his archive and part of his heritage.

In addition to German, Freud knew English very well. He read Shakespeare in the original language. As a teenager, he also learned Spanish together with a school friend, for the pleasure of being able to read Don Quixote in the original. He was, in fact, a great admirer of Cervantes. However, at school, during lessons, he combined business with pleasure. With his friend, they used Spanish to write secret messages, incomprehensible to classmates and teachers. Once he emigrated, Freud lived in London in 1938.

11. THE DEDICATION OF THE DUCE 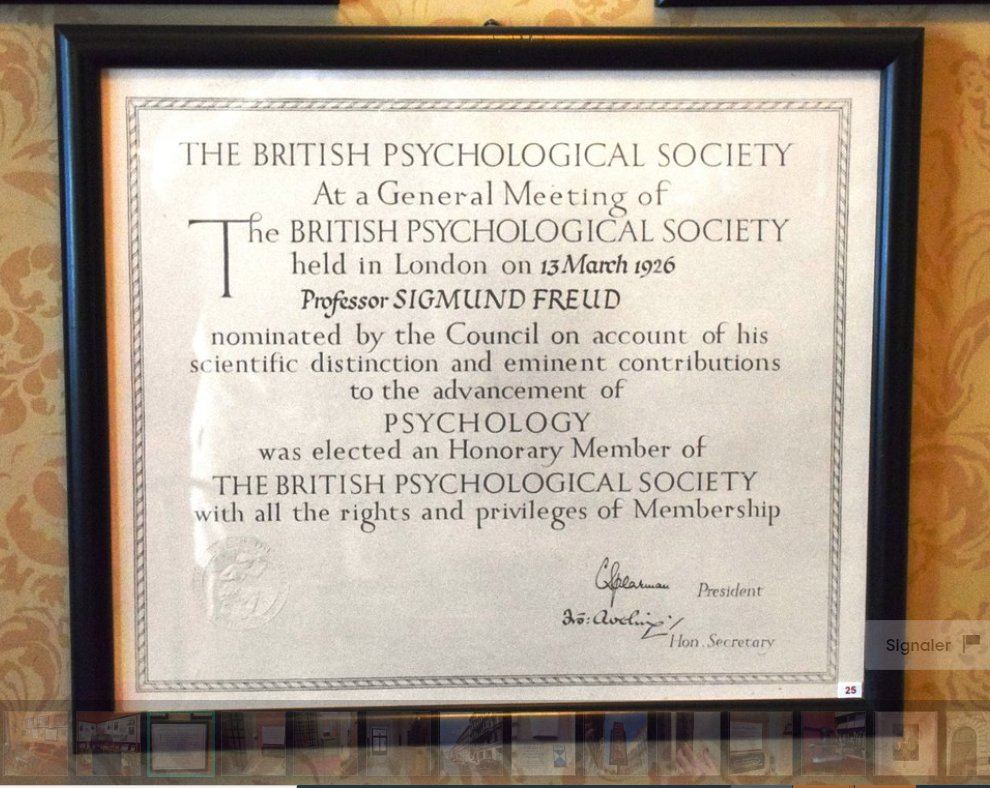 The playwright Gioacchino Romano, who had written a drama about Napoleon with Mussolini, gave it to Freud with a dedication from the same leader: “to Sigmund Freud who will make the world better, with admiration and gratitude Benito Mussolini und G. Forzano”.

It is not said that Mussolini was aware of it, but there are those who believe that Freud was sympathetic to the bridge to protect it during Nazism. Does it seem that Freud reciprocated with a copy, directed to the Duce, of his Warum Krieg? (Why the war), Written with Albert Einstein. And a dedication: “To Benito Mussolini with the respectful greetings of an old man who recognizes the hero of civilization in the holder of power”.

Historians explain this deference with the fact that Freud believed that the Duce could prevent Anschluss, that is, the annexation of Austria to the German Reich. But it didn’t happen. 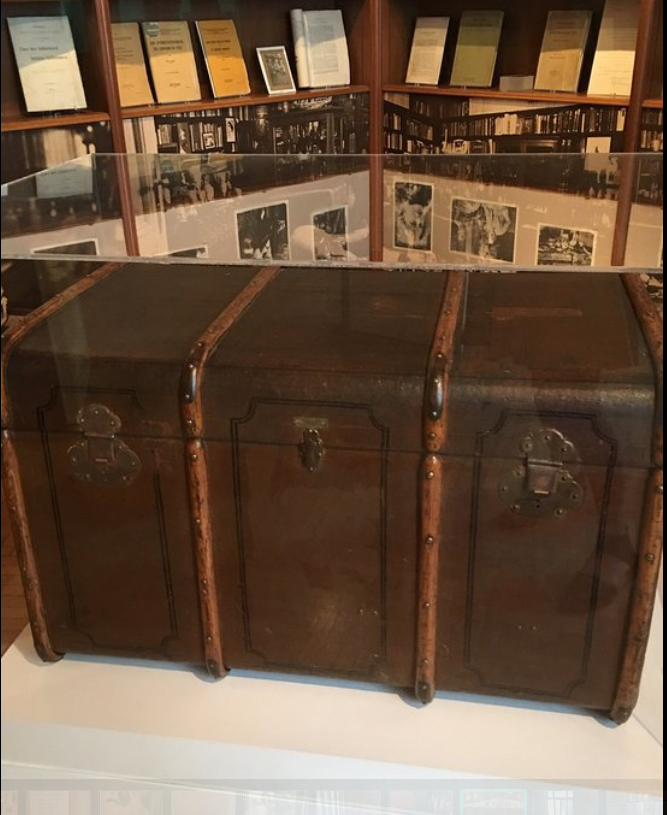 A tiny lunar crater was dedicated to the German psychoanalyst. It is located in the plains inside the Oceanus Procellarum, in the northwestern part of the visible face of the Moon (see arrow). It is located a few kilometers west of the Vallis Schröteri, a wide and sinuous lunar valley, and has a diameter of only 2 kilometers. 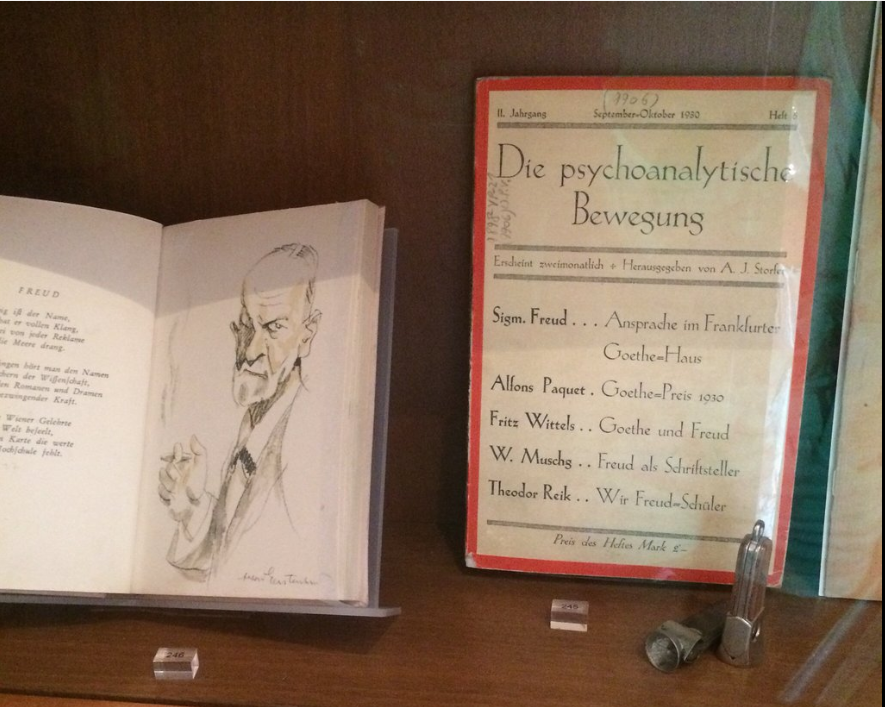 … but never won one. And the appointments ceased when an expert, appointed by the Nobel committee, asserted that Freud’s work had no scientific evidence. 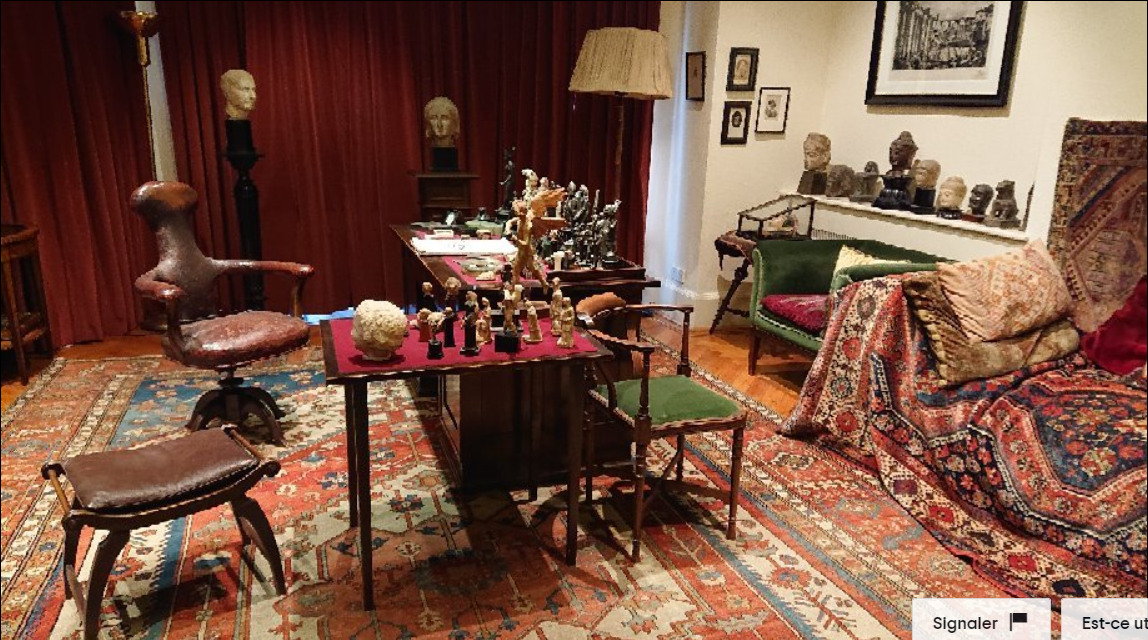 Today it would be illegal, but in Freud’s day, it was considered acceptable. Many of the finds, from excavations from around the world, reside in the old family home, which is now a museum open to the public. 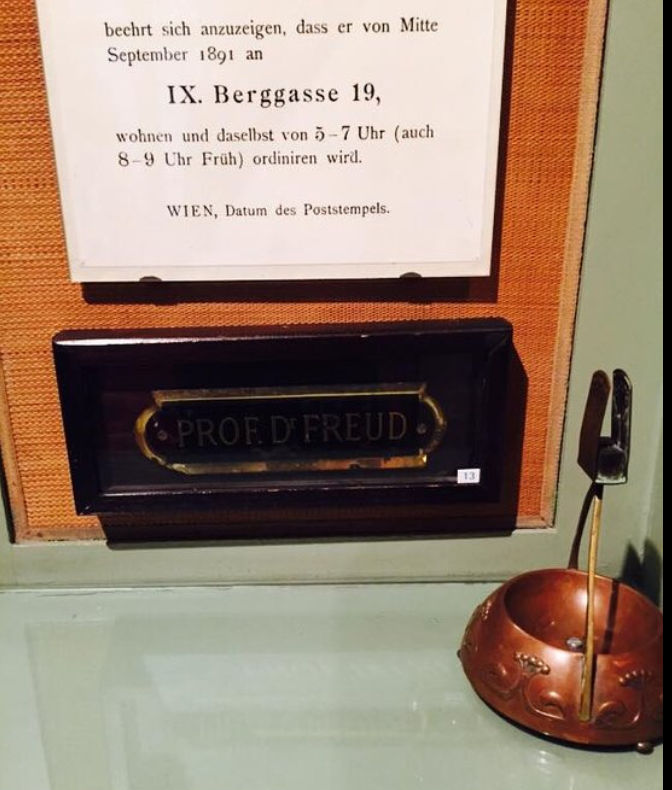 Many aspects of his analysis have been rejected by modern psychology. But thanks to Freud, we have brilliant intuitions such as:

-the fact that feelings, ideas, impulses, desires, events and actions have important and often unconscious meanings (the unconscious)

-the fact that sexual arousal is not limited to the genitals

-the fact that the past always has an impact on the present and that talking helps to alleviate emotional symptoms reduces anxiety and allows you to free a person’s mind.

16. He also investigated on FLATULENCE AND EXCREMENTS 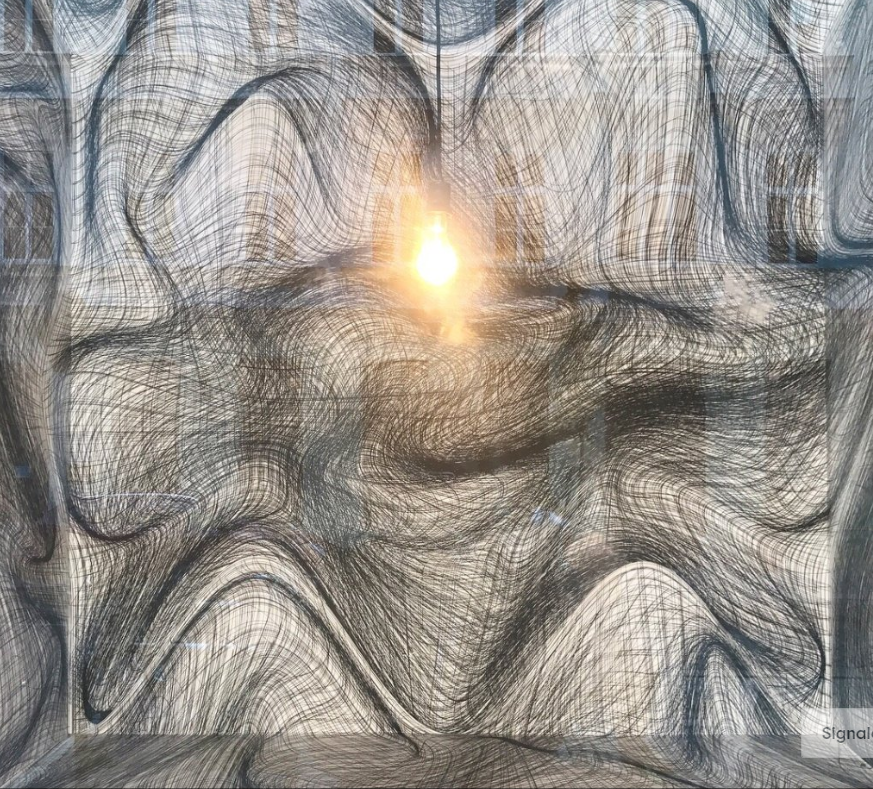 Freud deserves credit for having investigated the profound mysteries of the human soul better than anyone else. Without limits and without censorship. Even on trivial and scatological issues. In the preface to the second edition of the volume “Excrements and civilization”: the anthropology of the scatological ritual of John Gregory Bourke (published posthumously in 1913) he revealed the unconscious motivations that led to repel excrements and flatulence:

«Civilized men are uncomfortable and embarrassed by all that reminds them of their animal origin. They desperately try to imitate the perfect angels but in them, there remains, however, an unsustainable earthly trace to bear ».