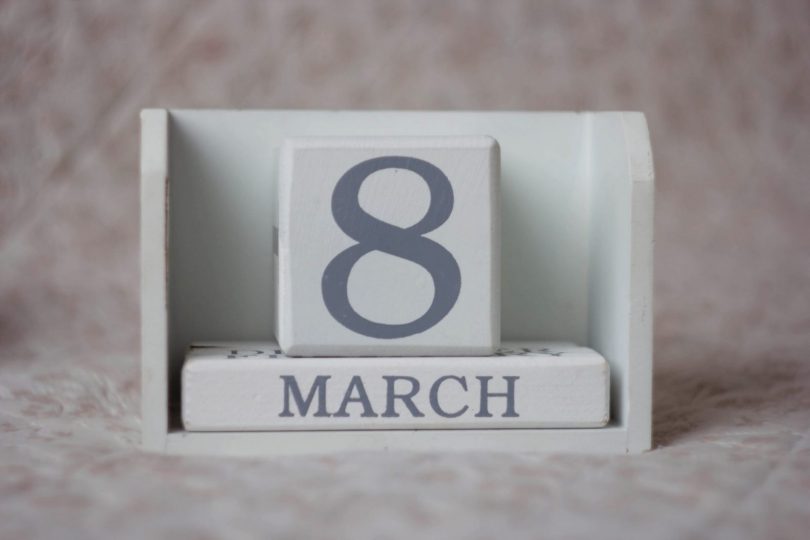 The modern celebration of Women’s Day no longer has the goal of affirming equality but is considered the day of spring, feminine beauty, tenderness, spiritual wisdom, and attention to a woman, regardless of her status and age.

In this article, we will find out how 20 successful women inspired the world. 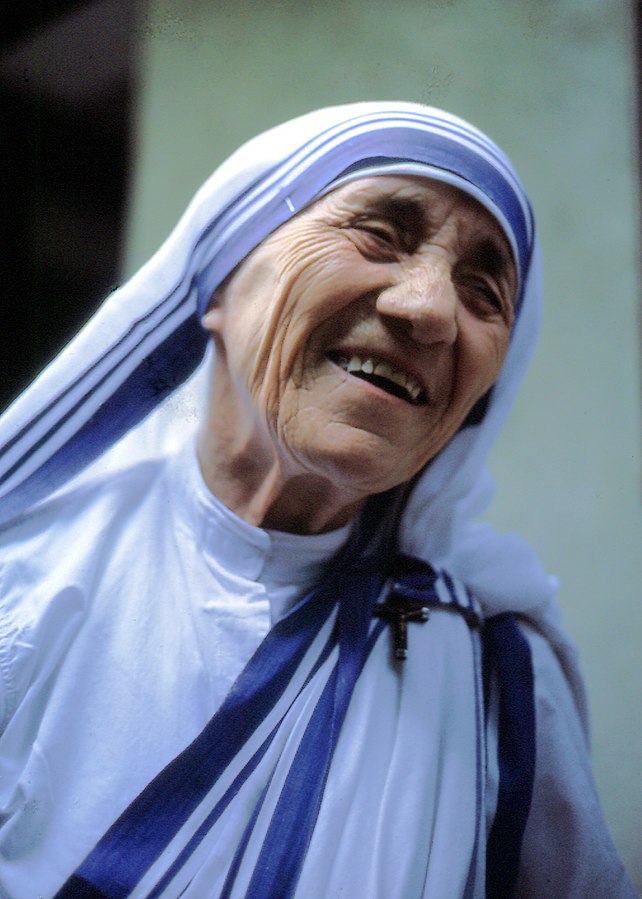 Mother Teresa of Calcutta (Uskub, Ottoman Empire – current Skopje, Macedonia – August 26, 1910 – Calcutta, India, September 5, 1997), Agnes was born in Gonxha Bojaxhiu (pronounced: [aɡˈnɛs ˈɡɔndʒa bɔjaˈdʒiu]), She was a Catholic nun of Albanian naturalized Indian origin, who founded the Charity of Missionaries in Calcutta in 1950. For more than 45 years, she helped the poor, Ill, orphaned and dying, while guiding the expansion of her congregation, first in India and then the rest of the world. After her death, she was beatified by Pope John Paul II.
Agnes discovered her religious vocation from an early age, and by 1928 she had already decided that she would dedicate the rest of her life to God. It was then that she chose to change her name to “Teresa” in reference to the patron saint of the missionaries, Thérèse spent the next 20 years of her life teaching at the Irish convent of Loreto, she began to worry about sick people and for the poor in the Calcutta region. This led her to found her congregation with the aim of helping the marginalized society, primarily ill, poor, and homeless people.

Madonna Louise Veronica Ciccone Fortin, born in Bay City, Michigan, United States; August 16, 1958, is an American singer, songwriter, and producer of Italian and Franco-Canadian ancestry of disco, pop, dance, and electronic music. She has worked more intermittently as an actress, fashion designer, and writer, and lately, she has debuted as a film director. 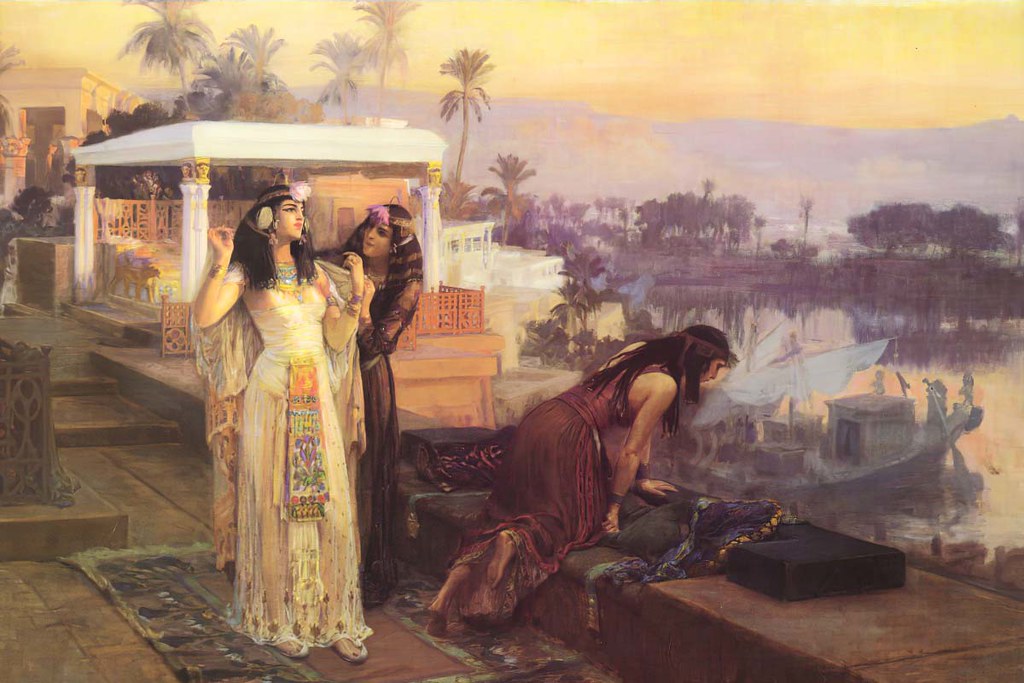 Cleopatra is one of the most famous women in history. She is remembered for her supposed beauty and intellect and for her love with Julio César and Marco Antonio.
She became queen of Egypt after the death of her father, Ptolemy XII, in the year 51 B.C., Hollywood usually portrays her as a glamorous femme fatale.
Cleopatra was the last queen of Ancient Egypt with a low age of 18. Her story became known for the strategy she developed to successfully defend her kingdom against the Roman Empire by falling in love with its leaders Marco Antonio and Julio Cesar. 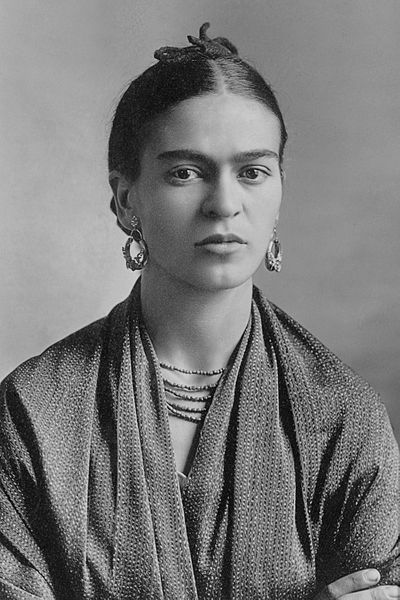 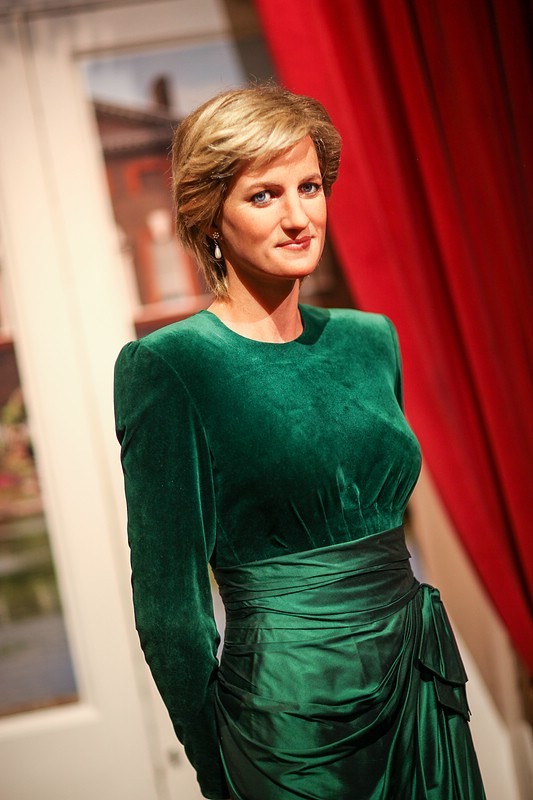 The Princess of Wales, better known as Lady Di, was born in Park House, Sandringham (Norfolk), on July 1, 1961, and died at the La Petié Salpetrière hospital in Paris on the night of August 30 to 31, 1997. She achieved worldwide popularity for her marriage to Prince Charles, heir of the British crown, her subsequent divorce and, even more, for her premature death. The public image of Pricess DIana was heritaded by different humanitarian agencies and for her appearence in many acts in favor of the most marginalized sectors of society. 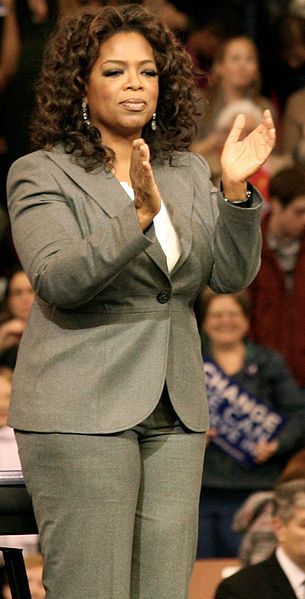 You can’t talk about successful woman and not bring up Oprah, Television presenter, actress, producer, philanthropist and businesswoman, Oprah Gail Winfrey was born on January 29, 1954, in Kosciusko, Mississippi. Growing up in a small farming community with troubled adolescence, Oprah declared that she was being abused by several male relatives and friends of her mother. She moved to Nashville to live with her father, Vernon Winfrey, a barber who later became a businessman. Oprah didn’t reveal this Secret of her childhood until long after her career was quite advanced.

She entered Tennessee State University in 1971 and began working on radio and television broadcasts in Nashville; It was in that city where she had her first meetings with the media, and she knew since then that it was what she would do professionally. 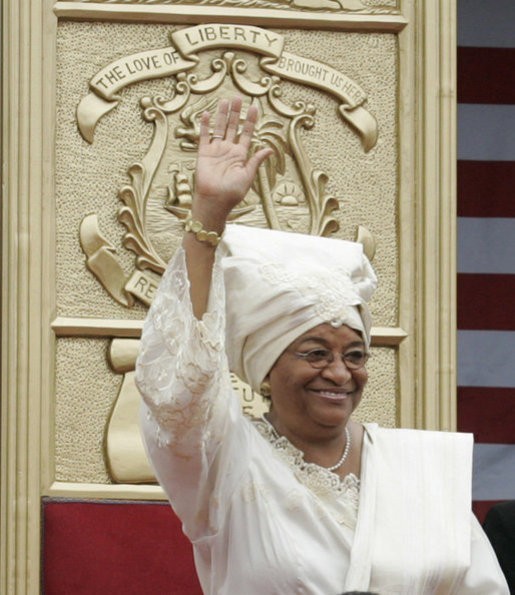 Johnson Sirleaf is a Liberian politician and economist. She studied in the United States, including Harvard, and there she became the Deputy Minister of Economy. Later she returned to Liberia, where she took the role of Minister of Economy. In 2005, Ellen Johnson Sirleaf became the first woman elected president of an AfricaEllen n state, after the elections organized by the United Nations.

Curiosity: in October 2011, Ellen J. Sirleaf was awarded the Nobel Peace Prize along with two other women: Leymah Gbowee and Tawakkul Karman for her commitment to gender equality. 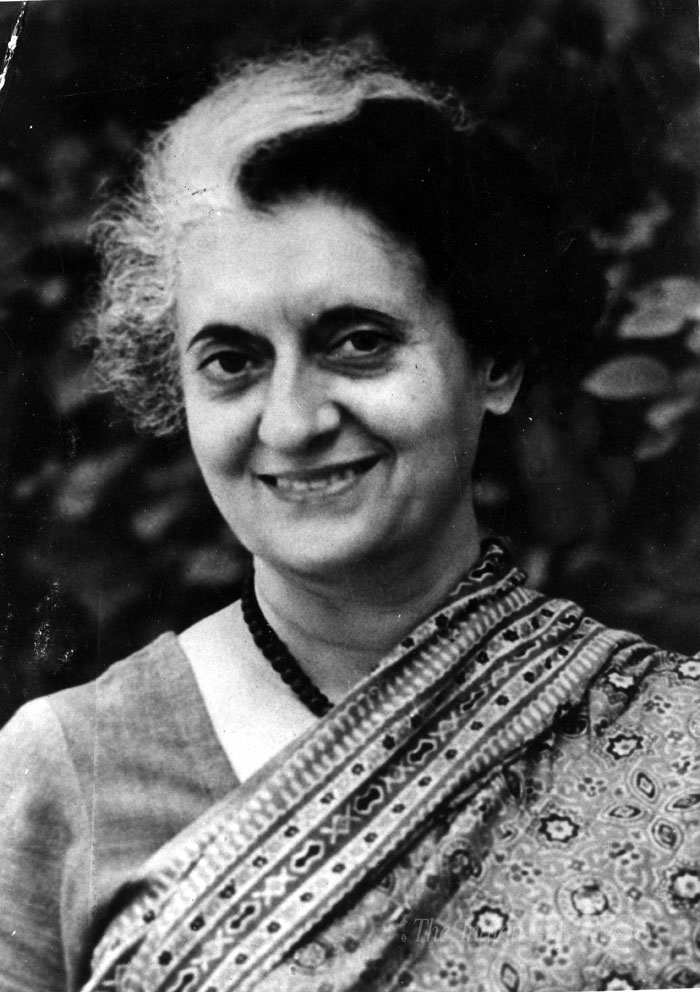 She decided to reform and modernize her country, industrializing it, and trying to educate 600 million people. But above all, she struggled to remove the unfair caste system and stop the population explosion. She thought that education was the only thing that could help her people. She fought the taboos of worship of sacred animals such as cows; Because of all this, fan groups began to wish for her death. The death of an illustrious Hindu shocked the world because during her term Indira was recognized as one of the most intelligent and valuable women of the 20th century. 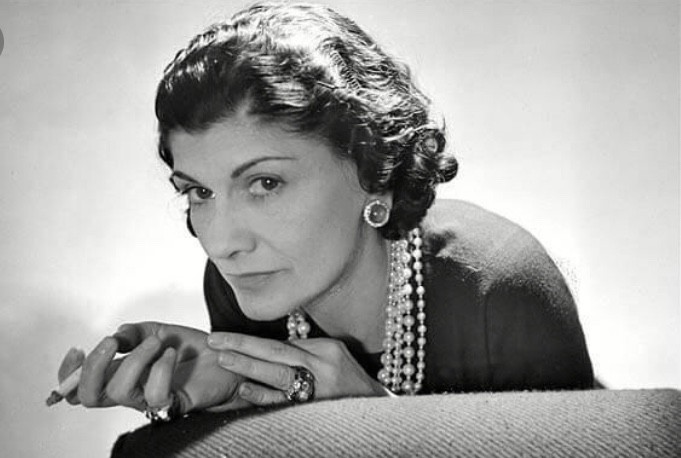 (Gabrielle Bonheur; Saumur, France, 1883 – Paris, 1971) French dressmaker who revolutionized fashion and the couture world of the interwar years. Breaking with the elegant elegance of the Belle Époque, its informal and comfortable line freed the female body of corsets and ornate ornaments and expressed the aspirations for freedom and equality of the woman of the 20th century.

Since the 20s, she has become the great lady of French fashion; her influence would later extend in practically all areas, from haircuts to perfumes, through shoes and accessories. She was the primary model of her firm: thin, with little chest and short hair, with wide and comfortable clothes, Chanel became the prototype of garçonne, a symbol of modern, active, and liberated women. The image of Chanel herself was admired and imitated by millions of women.

Nobel Prize in Medicine in 1988, her medications made organ transplantation possible. Her drugs transformed childhood leukemia, which was fatal, into a disease that survived today by 80% of the victims. She developed a treatment for gout and herpes, diseases that can be fatal for chemotherapy patients. She also developed the first drug that destroys viruses. Her research laid the foundation for AZT, which for years was the only drug accepted in the United States of America for AIDS patients. 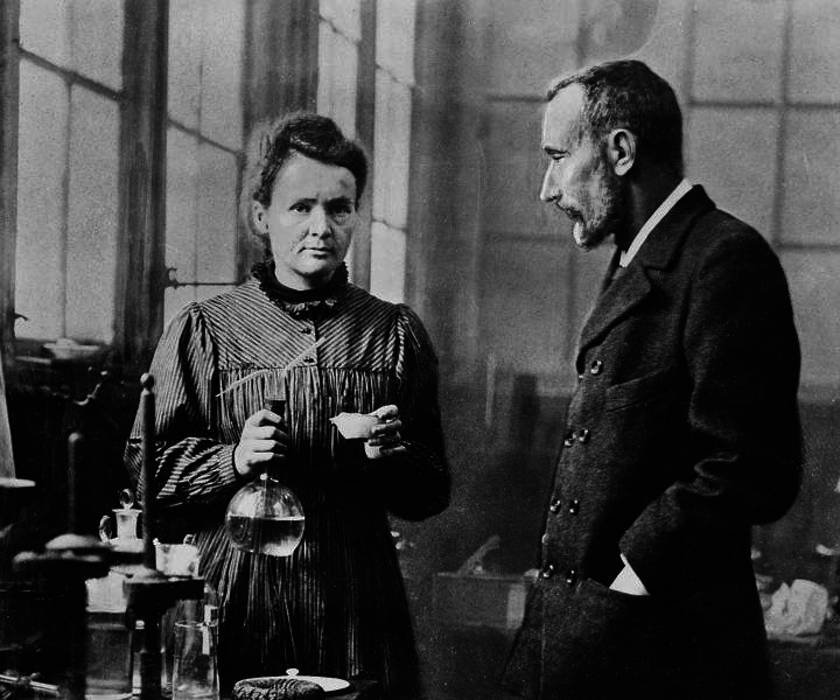 Marie Curie, Marja Skłodowska, (also known as Maria Sklodowska-Curie) (November 7, 1867 – July 4, 1934) was a Polish chemist and physicist, later nationalized French. A pioneer in the field of radioactivity, she was the first person to receive two Nobel prizes and the first woman to be a professor at the University of Paris.

She became the first indigenous and the youngest woman to receive the Nobel Peace Prize. She declared: “I am the daughter of misery and social inequality; I am an illustrative case of marginalization because I am Maya and a woman; I have survived genocide and cruelty.” With the Nobel Prize money, she created the Vicente Menchú Foundation, her father, to help the neediest, not only indigenous, and an organization that is responsible for representing it in conflict zones and participating in international meetings. 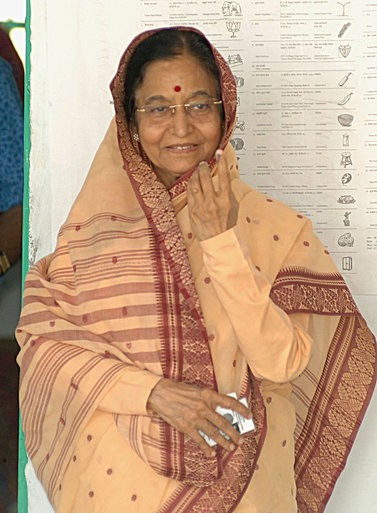 PratibhaDevisinghPatil (Devánagari: प्रतिभापाटिल) (December 19, 1934) is the first woman to be elected president of India. Elected in the 2007 presidential elections, she had previously been governor of the state of Rajasthan. The new Indian president obtained a total of 2,931 votes, compared to the 1,449 votes of Bhairon Singh Shekhawat, 84, the opposition candidate, although by points, was imposed by more than 300 thousand. “The vote in favor of Patil is a vote against the divisive policies,” said Prime Minister Manmohan Singh, throwing a dart against opposition parties. For her part, the president of the ruling Congress Party, Sonia Gandhi, stressed that “it is a great moment for women because it is the first time we have a woman president.” 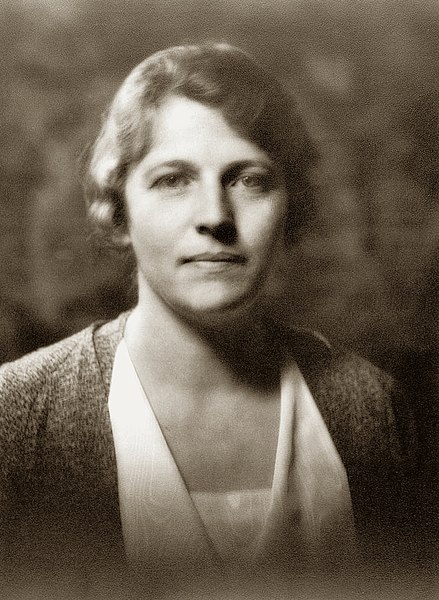 American novelist, born in Hillsboro (West Virginia). Her real last name was Sydenstricker. The daughter of Presbyterian missionaries lived in China until 1933. She wrote more than 85 books, many of which are novels that offer a kind portrait of China and its people. Her literary production includes genres as diverse as the story, the theater, the screenplay, poetry, children’s literature, biography, and even a cookbook. Her direct and straightforward style, and her concern for the fundamental values of human life, have their origin in the study of the Chinese novel. In 1938 she won the Nobel Prize for Literature. 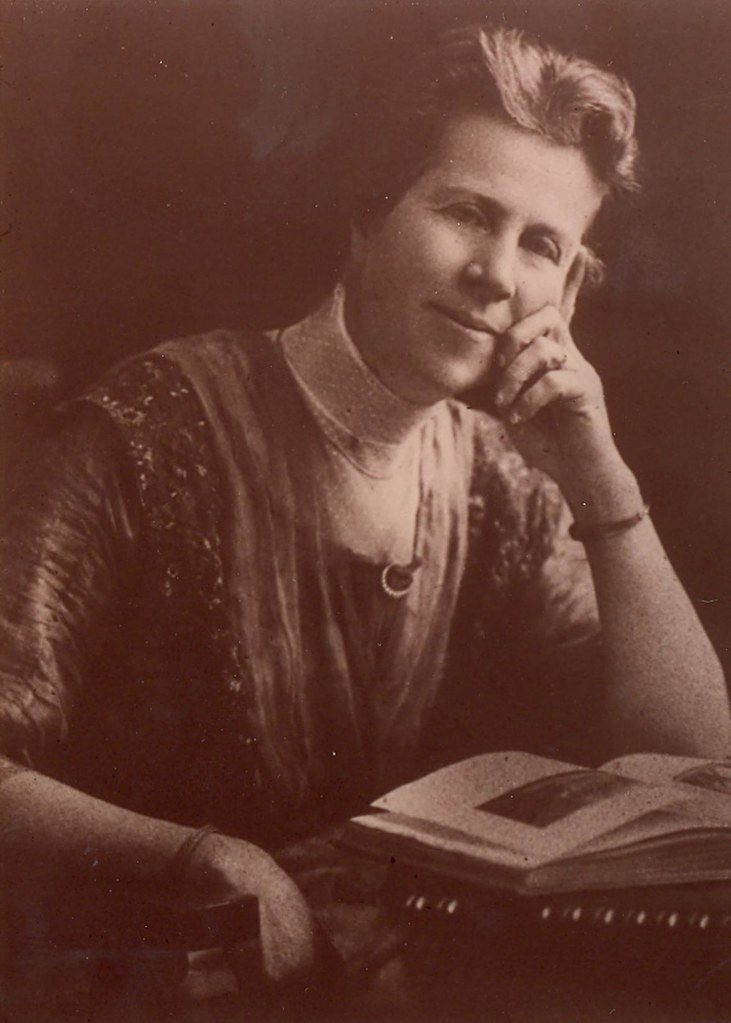 She was born in England during the Victorian era. Her family enjoyed a privileged situation and a high education.
To continue her career as a mathematician, she had to leave her country, since it was not yet possible for a woman to take a doctorate, and go to Göttingen. Grace got a Ph.D., we can consider her as the first woman who got a Ph.D. in mathematics in a “normal” way. 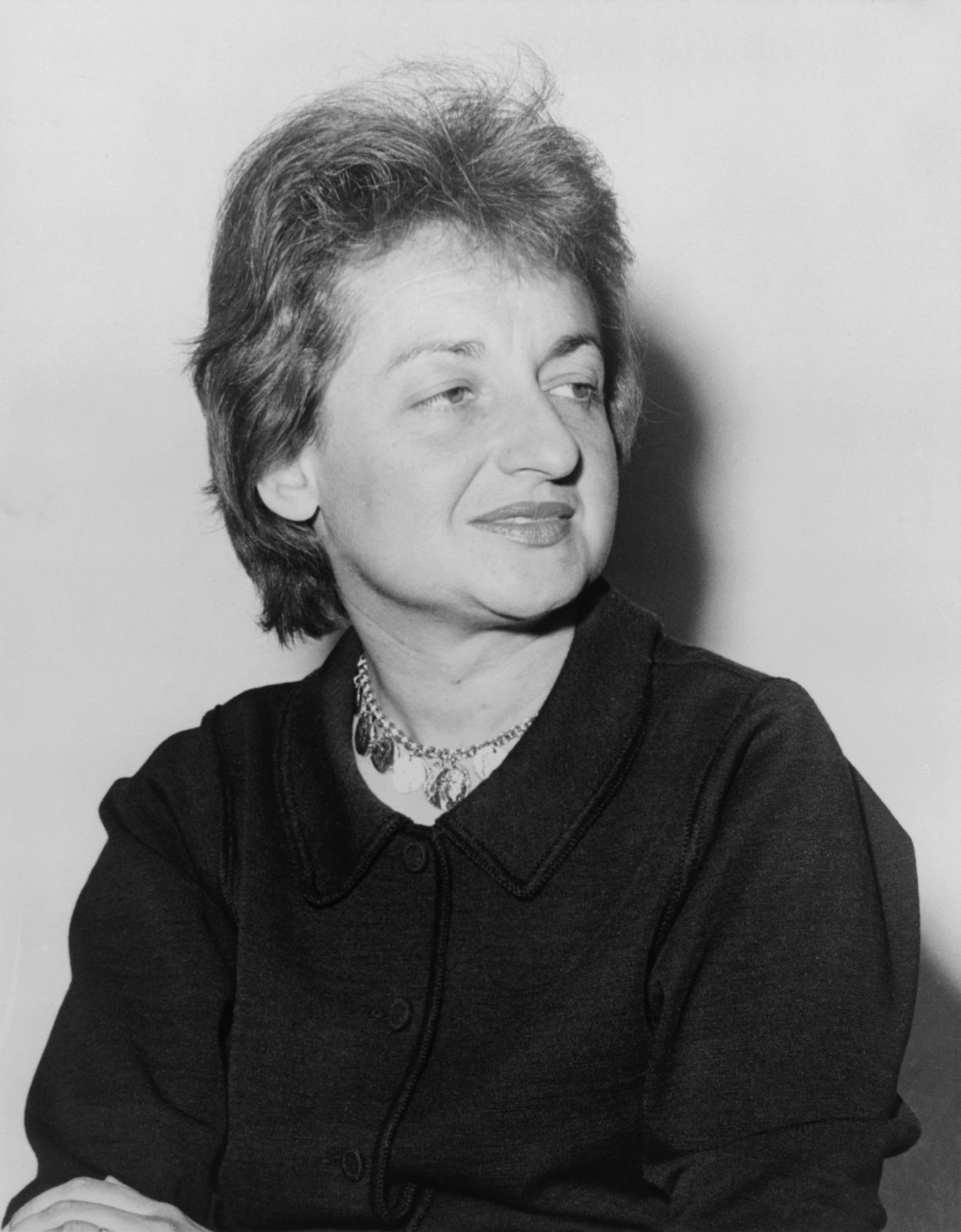 In 1963, Betty Friedan (1921-2006), an important figure of feminism in the United States, published a fascinating investigation nourished by innumerable testimonies on the crisis of identity experienced by the Americans of her generation. To write The Mystified Woman, translated the following year by Yvette Roudy – who signs the preface to this welcome reissue -, the journalist had indeed surveyed the daily life of these “desperate housewives” treating their depression in alcohol or psychotropic drugs. “The trouble, explains one of them, is that I am always either the mother of children or the wife of the pastor, I am never myself. “At noon, I’m good for the strait-jacket,” observes another. Of all that I have done, very little was necessary or important. ” 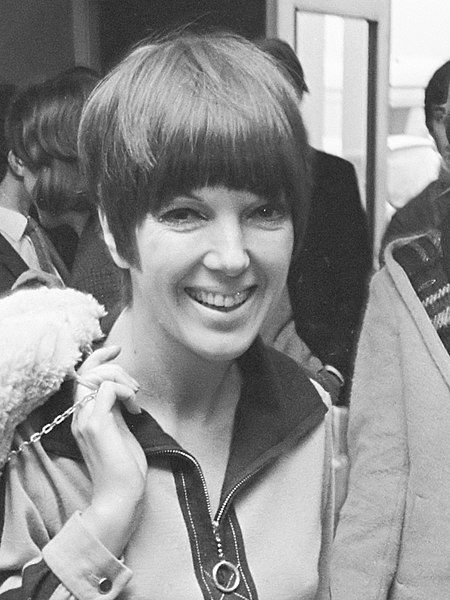 On July 10, 1964, Mary Quant, an English designer, revolutionized the world with her summer collection in which she included for the first time and being her strong point to the mini-skirt. A skirt that moved away from the knee up to 15 centimeters. Currently, it does not seem any merit, but if we think that in those days, women should not “show” more than the calf unless they were in a bathing suit, we realize that it was a risk and a challenge to try to introduce that garment in the market.
But the risk became successful, and surprisingly this little garment had high acceptance and became one of the symbols of Western fashion. We must not forget that the Vatican raised its voice against the mini-skirt and that some English schools decided to regulate that students who used mini-skirts would be expelled. 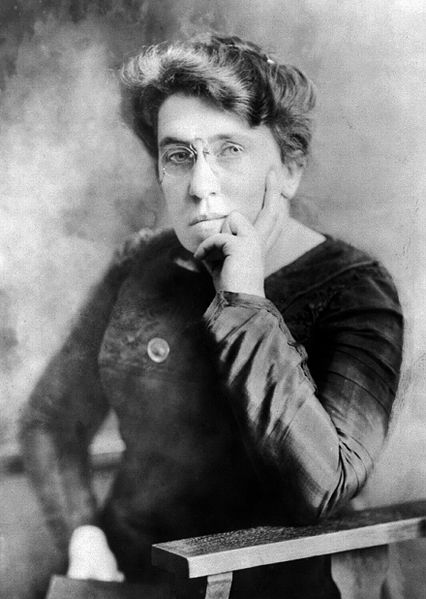 Famous anarchist of Lithuanian origin known for her writings and his radical manifests, libertarians, and feminists, was one of the pioneers in the struggle for the emancipation of women.

Emma Goldman was born on June 27, 1869, in a Jewish family of Kaunas in Lithuania, who ran a small hotel. During the period of political repression that followed the assassination of Alexander II and when she was 13 years old, she moved with her family to St. Petersburg.

She emigrated to the United States with her stepsister after the confrontation with her father who intended to marry her at age 15. The hanging of four anarchists (Martyrs of Chicago) as a result of the Haymarket riot, encouraged the young Emma Goldman to join the anarchist movement and become, at age 20, a true revolutionary. 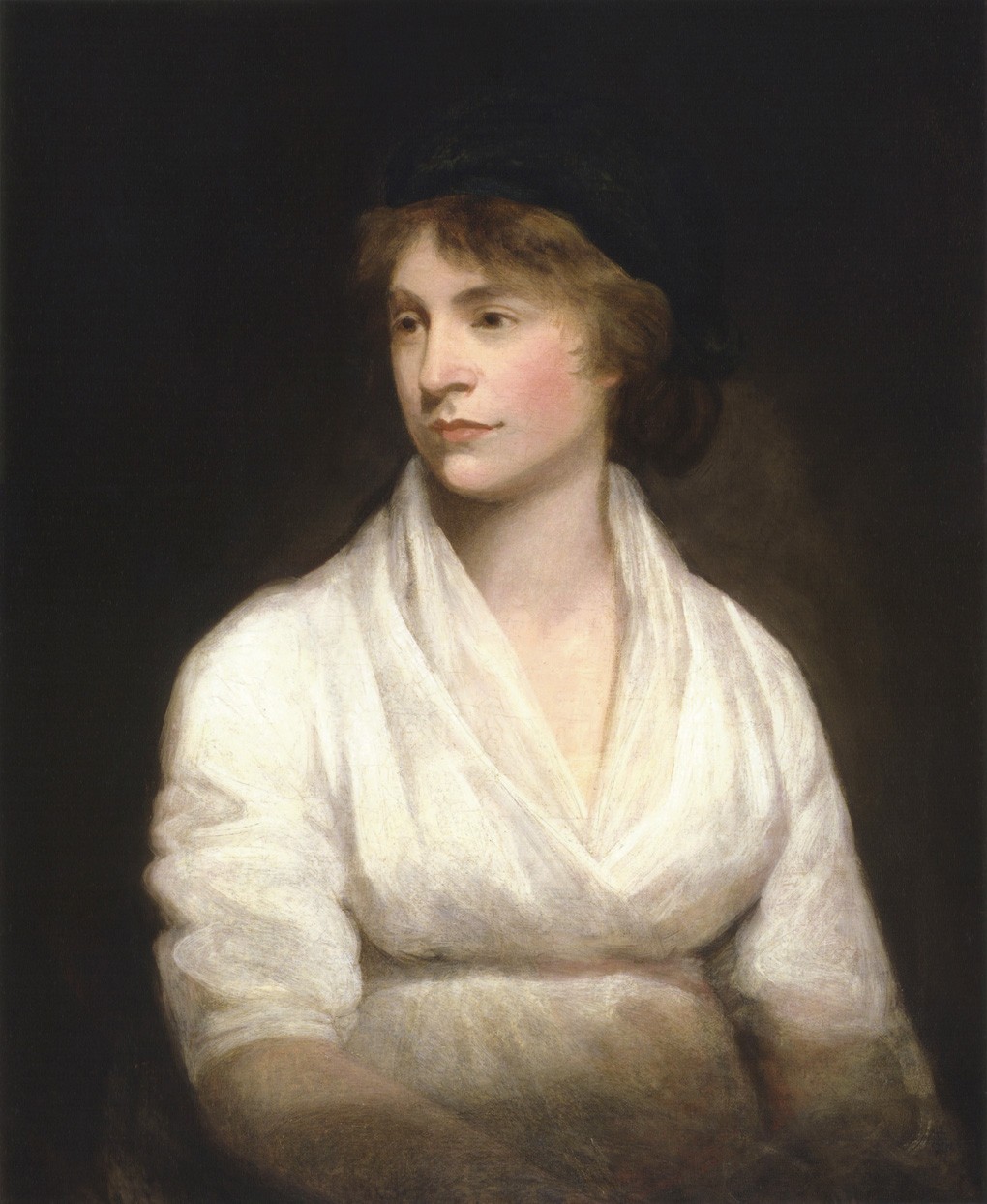 The first feminists thought that the same education for men and women would lead to equality between both sexes. Still, Mary Wollstonecraft goes further, asking that state laws be used to end the traditions of female subordination, and it was the State who guarantee a national system of universal free primary education for both sexes. Challenge the French revolutionary government to establish an equal education that would allow women to lead more useful and rewarding lives.

After World War II, the document with the most significant consensus in the history of humanity was approved: the Universal Charter of Human Rights. In the beginning, they were going to title it Human Rights, but Eleonor opposed it because it excluded women. She got Human Rights in her place. One of Eleonor’s most famous phrases is the following: